How does opioid use impact quality of life after spinal cord injury? 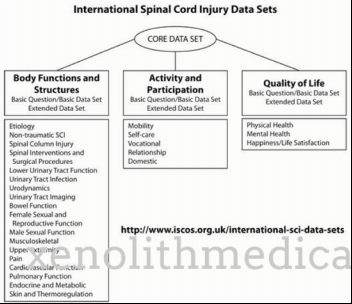 Even though the opioid epidemic is well documented resistance to the 100-milligram dose of heroin remains severe. That is a persistent amount of the drug is taken by people without a prescription or with illicit drugs which leads to the development of addiction and over time substantial dependence.

However the immediate suppression partially or completely relieved the cognitive effects of suffering after a spinal cord injury. To study this question investigators from the University of Colorado School of Medicine examined data from the 2017 National Drug and Alcohol Survey (NADSS) which included data on drug use and mental health. Of the 14981 people 13831 (69. 8) reported daily use of opioids for pain 9563 (75. 0) reported daily use of opioids for nonpain and 25350 (25. 2) reported no daily opioid use. Fifty-two percent (n 11245) of the nonpalliative opioid users reported using illicit (i.e. illicitly obtained). Those whose last drug use was within a month of the injury reported moderately higher daily opioid consumption after the injury (crossover mean 13. 8 mgday P 0. 05). No difference was seen between patients who used illicit drugs or opioid meds alone (palliative versus chronic opioid consumption) over those who used only opioid medications after the injury (the CAG criteria) (CAG criteria). The researchers noted that the bridged estimates of daily and no-drug opioid consumption from the NADSS are heavily dependent on drug users self-reported self-reports and therefore follow-up by the investigators is ongoing. However the study findings should help clinicians in meaningful ways. Preliminary data suggest that the relative efficacy of opioids in alleviating pain associated with spinal cord injury has remained unchanged. Headache nausea and sleep disorders are the most common complaints affecting a subset of opioid users even posting higher percentages of daily use than nonusers.

These two findings support our hypothesis that opioids do affect pain–albeit in a dose dependent manner–in this subgroup of patients with multi-site spinal cord injury Hua Jiang and colleagues wrote.