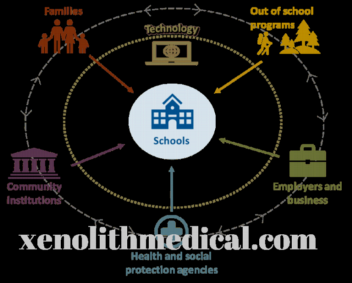 A broad spectrum of conditioning exercises has been described as implementing a promising strategy for improving the vision of over 5 million children and adolescents in low and middle income countries in a study published today in The Lancet Family Medicine. The study was led by Dr. Michael Biard Ph. D. of the Netherlands Institute for the Advancement of Science (NIVAS) Inraecure Utrecht The Netherlands and Stellenbosch University South Africa.

While there are a few exercise applications in the health and wellbeing of patients no existing intervention to promote vision restoration therapies has been recently described.

These new findings provide a promising strategy for reducing the visual impairment caused by other life-threatening chronic diseases for which interventions have been shown to be suboptimal such as retinitis pigmentosa and age-related macular degeneration said the studys principal investigator Dr. Walter Sartben M. D. Ph. D. of the Netherlands Institute for the Advancement of Science (NIVAS).

Typically in these diseases vision loss is considered to be either psychological or a sign of aging. These diseases affect the functioning of the normal retina reflex a component of the photoreceptors of the eye that generate light-sensing images on the retina.

There is an urgent need for effective substitute therapies that are effective low cost and safe for the development and implementation of patients vision loss said Sartben.

The study evaluated the impact of a single six-week program (n 1000) of a freely available immersion training program performed in mid-career high-risk children and adolescents. The program consists of weekly six-week upper-body body exercises and stress test sessions. A trained observer assessed the childs vision during every session.

Study limitations included the high statistical loss of variances from the mean VIPI and the small sample size.